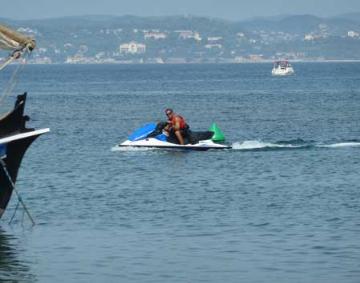 Presenting a hand-picked range of private villas with pools to rent for self-catering family holidays. Holiday homes visited by our local agents who are available to help you to quickly find a property to suit your requirements.

Cote Azur villas are a speciality for Villas Worldwide as we have a particularly large, well-established range of luxury homes and villas by the sea and in the hinterland of the Var and Alpes Maritimes. We spend a lot of time in the south of France and therefore have a great deal of expertise.

There is a heady list of famous coastal resorts in the French Riviera including Cannes, Menton, St Tropez and Monte Carlo yet just inland there are quiet, pretty villages such as Mougins, Le Plan de La Tour and Saint Cezaire-Sur-Siagne offering a tranquil contrast to the coast. 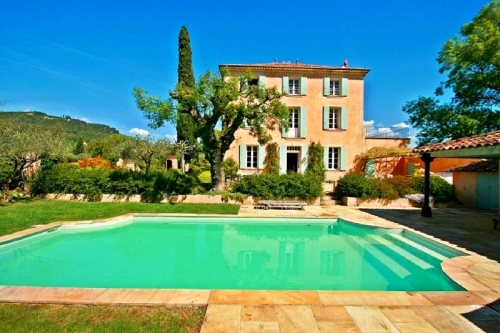 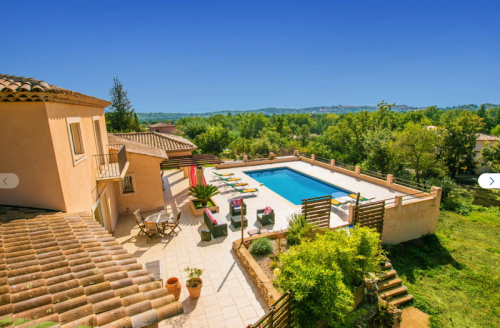 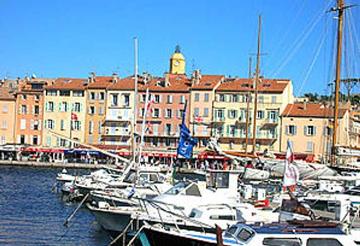 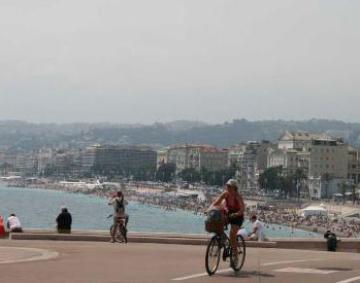 
Activities in the Cote d’Azur are numerous with the most obvious being based around the sea and beaches which are particularly popular and well serviced with everything from children’s beach clubs to water sports facilities such as windsurfing, waterskiing and scuba diving.

The Cote d'Azur is a child-friendly area and there are lots of attraction including amusement parks, water parks and marine parks as well as high-quality attractions such as the Jaques Cousteau aquarium in Monaco. There are cafes, bars, restaurants and nightclubs to suit all tastes and certainly no shortage of any and there are many excellent holiday events in Cote d'Azur, throughout the year.

Eating out in the Cote d'Azur and the local food and drink in general, are much appreciated by visitors to the area and there are a number of delicious Cote d'Azur specialities including the mouthwatering tart Tropezienne and refreshing Rose wine.

The pre-Alps in the Alpes Maritimes region offers fabulous walking and cycling opportunities and in the winter months, there are easily accessible ski resorts. There are also the Esterel and Maure's range of hills which are close to the sea and have wonderful moderate to easy walks and mountain bike trails, many of which command fabulous sea views. Further inland the Gorge du Verdon is one of the most spectacular geological sights in Europe. The Cote d'Azur flora and fauna is exceptional and there is a wide range of sports and outdoor activities.

If shopping is your thing well the Cote d'Azur is right up there with the latest fashions and there are excellent shops for all budgets ranging from the designer Channel, Gucci and Armani’s to everyday beachwear. A day's shopping in Nice will always yield rich results as will many of the other coastal towns! There are a number of excellent big markets in the area, notably in Nice, Cannes Forville and Antibes or you can nip along the motorway or even take the coastal train to Ventimiglia which hosts Europe’s largest outdoor market.

Access to your French Riviera villa is very easy by air with direct flights from the regional airports throughout the UK to Nice (NCE) through Jet2, Easyjet, British Airways, Flybe, Bmibaby and Aer Lingus. Marseilles airport (MRS) which is serviced by direct flights by Easyjet and British Airways is also an option, as is Toulon (TLN) but for indirect flights only. There is also an excellent motorway connection from the channel ports leading right down to the Italian border. There is also a good rail network in the south of France.

The Riviera in France has attracted visitors from all around Europe for many years. The unique micro-climate which maintains warm sunshine throughout the year along with azure seas and dramatic mountains continue to attract the rich and famous and many others who have come to love this region of the south of France. July and August can be hot in the Cote d'Azur but the holiday houses are well adapted to cope and children love playing in the private pool. Easter can be good, May spring bank holiday is perfect and even October half term is a good option.

There are many kilometres of beaches on the Cote d'Azur in France, however, they do vary a great deal from Saint Tropez to Monaco. The big sandy beaches such as Pampelone plage and Frejus plage tend to be in the Var. By the Esterel, there are pebble coves then some really nice smaller sandy beaches such as Theoule Sur Mer. Cannes and La Napoule have long fairly narrow sandy beaches and then by Nice, it is mainly pebbled with a few exceptions such as Villefranche plage.

Films to see before a Cote d'Azur holiday

Many films have been made featuring the French Riviera. Perfume: the story of a murder features Grasse, it is quite disturbing but most people find it intriguing. Oceans twelve starring Clooney, Matt Damon and Julia Roberts shows off Monaco. The transporter by director Luc Besson was an all-action hit. French Kiss starring a very cute Meg Ryan takes in Cannes and of course there was Bond in Goldeneye and Diamonds are forever. Dirty rotten scoundrels with Micheal Caine and Steve Martin was made around the coast amidst much hilarity. The Gendarmes de Saint-Tropez films are epic French humour.

There are many novels which feature the French Riviera including some great classics of which Tender is the night by F. Scott Fitzgerald and The French Lieutenant's Woman by John Fowles are stand out examples. The Garden of Eden by Ernest Hemingway and The Talented Mr Ripley by Patricia Highsmith are also worth a read.

In the Cote d'Azur, there are some really beautiful, luxury villas by the coast, some commanding fabulous sea views. Further inland where the night air is fresher the standard remains high although the houses tend to have larger gardens. Some holiday homes in Cote d'Azur are traditional stone build, all our French Riviera rental properties are high quality, not cheap but value for money.