Introducing the Villas Worldwide range of private villas with pools in the French Caribbean. Homes to rent for self-catering holidays to remember on the island of Saint Barthelemy near the beach.

There are few more evocative destinations than the Caribbean, synonymous with white, palm-fringed beaches basking in glorious sunshine lapped by a crystal clear sea. The warm waters of the Caribbean are perfect for sporting activities and the hinterland also has plenty to offer, complemented by a wealth of cultural interest, there are many fascinating French Caribean attractions, some great events and excellent food and drink.

The islands are highly individual and each offers its own tropical blend. Our principal destination in the Caribbean is Saint Barths. The villa accommodation tends to reflect the nature of the island. Saint Barths is very high quality and caters for a clientele which expects style and sophistication. 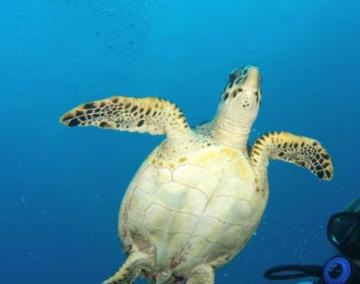 Find out about Sainte Anne for a villa holiday
Scuba diving with turtles
>> Sainte Anne more photographs and images
Click a region below to view full list of villas : 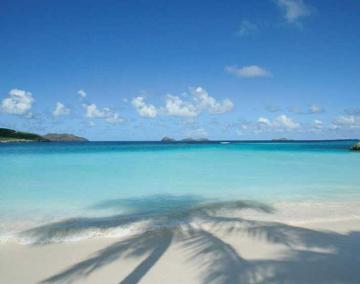 Saint Barthelemy, often known as Saint Barths is an absolute gem. As well as being reputed as the most fashionable Caribbean island it's fantastic, light, sandy beaches are mostly protected from the swell of the ocean by coral reefs. Most have beach bars and or restaurants though on the south coast some of the more remote beaches remain undeveloped. The beach bars in Saint Barths tend to be rather chic and there is even a tendency to dress up rather than down. Saint Barthelemy is very French and the cream of this sophisticated country is reflected in the cuisine and culture on Saint Barths. The island is also very safe. Access is usually via Saint Marteen from Europe and Antigua from the UK.

Travelling to the Caribbean invariably involves a long haul flight and in some cases a more than one. There are direct international flights to the Dominican Republic. Flights to Martinique (MQ) international airport require a change, operators include KLM and Air France.

The climate is one of the principal attractions of the Caribbean. Tropical sunshine nearly all year round is what attracts so many tourists. It does rain but only for very short periods. Summer temperatures are around 32 degrees C and in the winter you can expect around 19 degrees centigrade.

Our range of villas is supported by more than 25 years of comprehensive experience offering villa holidays around the world. We are specialists on Caribbean villas.