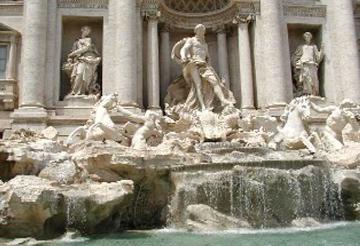 Presenting the Villas Worldwide range of private villas with pool in Lazio, Italy. Holiday homes to rent near Rome for self-catering holidays in beautiful locations suitable for families and couples. Let our experts help you choose a property to match your requirements.

There is the obvious attraction of being near to Rome which can be easily accessed by train from most main towns. Less obvious is the attractive coastline and the beautiful, sparsely populated rolling hills, volcanic lakes, mountains, ravines, vineyards and olive groves which lie to the north and south of Rome itself plus the wealth of Roman and Etruscan sites which lie amongst them. 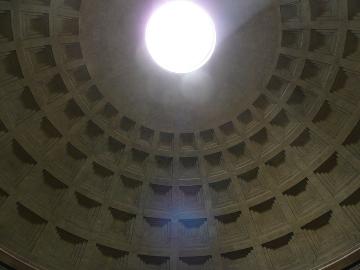 What to do and see on a visit to Rome for the day and where to stay in Lazio
Friday, December 05, 2014
>> More Lazio information
List's towns and villages from Lazio below :


Travel
There are two International airports serving the Lazio region, Ciampino (CIA) to the south and Fiumicino (FCO) also known as Leonardo da Vinci, to the north which make the Lazio region particularly accessible from many UK regional airports. Low-cost flight companies operating direct flights to Rome include Easyjet, Ryanair and Vueling.

Attractions
In the north at Bomarzo is the Parco Dei Monstri, a 16th-century sculpture park of fantastic creatures and monsters which are really enjoyable for both adults and children alike. Civitavecchia was once an Etruscan fortified port and today it is a fascinating village recently returned to the Italian people by the Vatican, it offers a delightful day out by the sea.

Another gem is the Etruscan acropolis at Cerveteri, it’s vast in scale and quite amazing to visit, again it is surprisingly enjoyable for children as well. Etruscan art is beautiful and the incredible mini pyramids are hugely atmospheric and surprisingly intact.

Around two hours drive to the east of Rome is Monte Termiillo, a ski resort in winter with beautiful hiking when the snows are gone.

Weather
The Lazio weather is often warm and sunny, averaging 31 degrees centigrade in the summer holidays. It’s no surprise that grape vines grow so well here, and you will appreciate taking a dip in your villa's pool, particularly after a day out.

Lazio region is set in the Central European Time Zone, that is an hour in advance of Greenwich mean time.

Rome by Robert Hughes (hardback by Weidenfeld and Nicolson) has been described as a combination of gossip and fact. Dan Brown's Angels and Demons is a fast-moving story with Rome at its heart, light reading, but interesting. Rome The Biography of a City by Christopher Hibbert features on the intellectual agenda.

Tom Hanks stars in the film adaptation of Angels and Demons and there are many remarkable images of Rome throughout the movie. Gladiator starring Russell Crowe brings the trials of the Coliseum into stark, a moving reality. 1959 film Ben Hur with Charlton Heston is the standout classic for chariot racing in Rome and Monty Python's Life of Brian surely one of the funniest movies to feature the Eternal city.